The descent in Bitcoin’s price has been drastic but at the time of writing, it was holding steady above the $10,000 level, something that, as we all know, is ephemeral. Bitcoin’s price wants to dip to the low-$9,000s and the same will happen eventually, however, until then, keeping your hands off trading would be good self-control.

The long-term scenario for Bitcoin, at press time, seemed bleak for obvious reasons.

Although Bitcoin’s 1-day chart showed the price’s breakout off the rising wedge, the interesting part was the rapid descent of the price after the breakout. A descent that included important levels like the $10,147 or the $10,100-level, both of which have been breached one too many times. However, any dips below these are brief in nature due to the buying pressure.

The attached chart showed what’s happening with Bitcoin in terms of patterns and immediate support levels. However, when observing the next chart, a breakdown of the important levels should Bitcoin dip deeper can be seen. 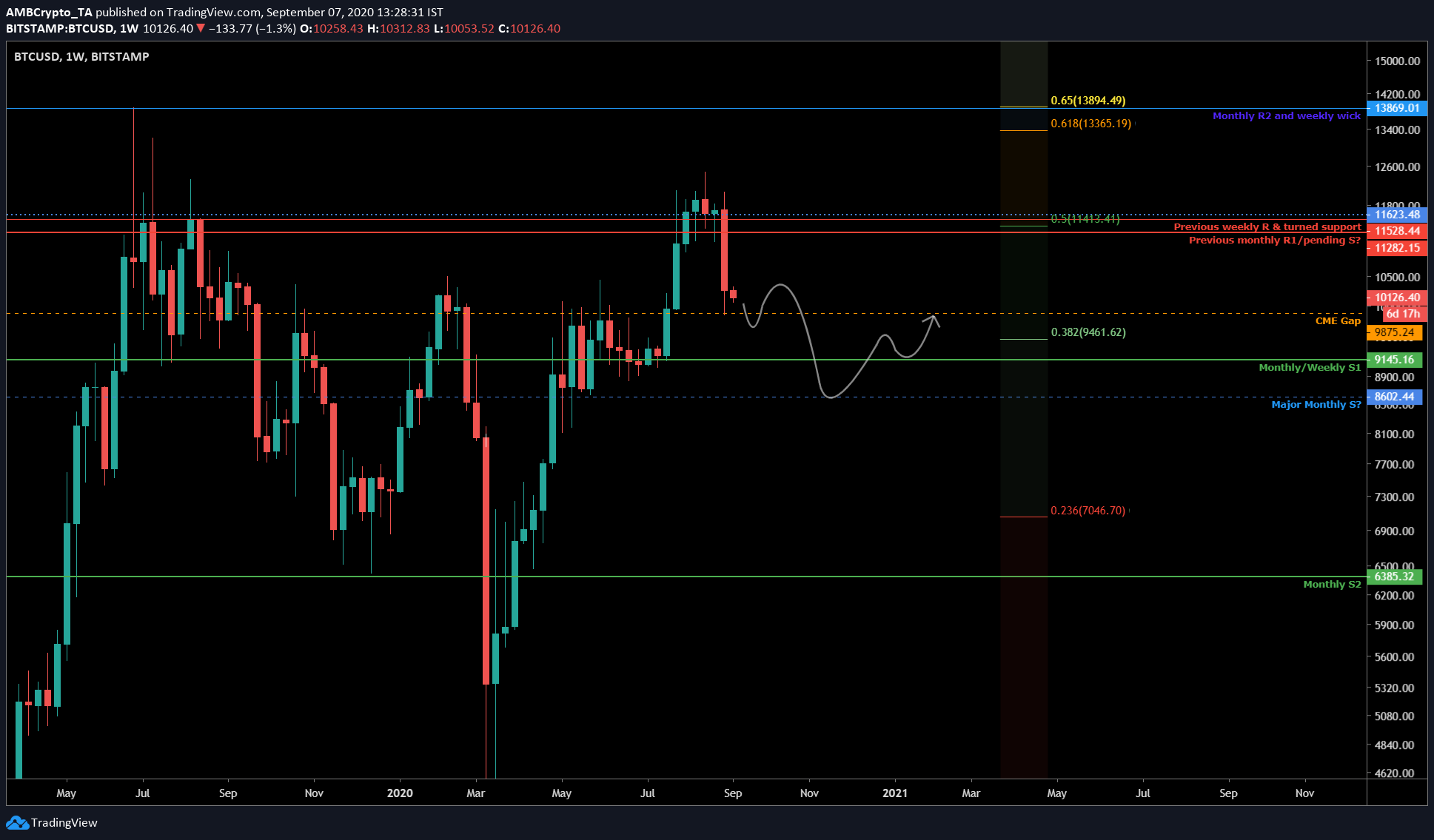 These are the only levels to watch out for and if the sell-off carries beyond the $9,000 level, a brief dip to $8,600 can be expected. As explained in a previous article, there are whales bidding at the $8,800-level, hence, the same can prevent Bitcoin from sliding lower.

After this whole debacle, Bitcoin will be primed and ready for its long-awaited bull run to continue. With cycles lengthening, Bitcoin’s top at $118,000 will be hit soon, perhaps by the end of 2022, and this will be the last time to buy Bitcoin under $10,000.

The whales biding their time at $8,800 and the quick dips under $10,000 show that the demand for Bitcoin remains strong, something expected, especially in light of the Bitcoin halving and the reduced supply. In addition to these, institutions like MicroStrategy and investors like Paul Tudor Jones have actively invested huge sums in Bitcoin, developments that underline Bitcoin’s ability to perform.

You can now send email right from your Ethereum address