The cryptocurrency marketcap slid by nearly $50 billion in the past few days to stand at $325 billion at the time of writing. XRP showed it might be able to hold on to the support level. Chainlink had slid by double-digit percentage points and surged by double-digit points to touch $12 from lows of $9.75. Dogecoin continued to sink beneath support levels. 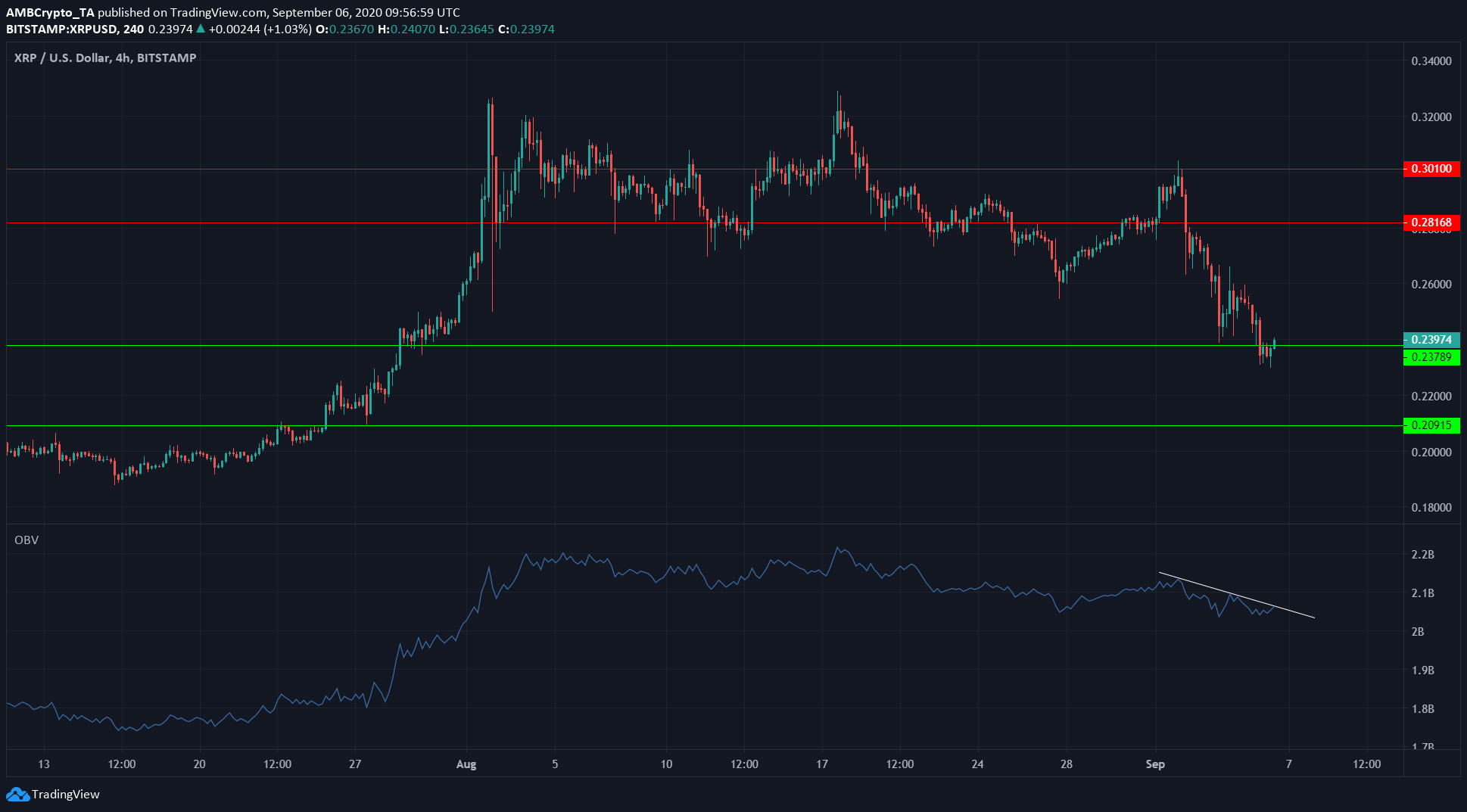 XRP was trading right above support at $0.237 zone. XRP reached local high of $0.32 in the month of August. Highlighted by the white trendline on OBV, XRP could be able to hold on to current support level if OBV rose above the trendline.

If OBV stayed beneath the trendline, it is possible XRP could dip further to find support at $0.21 region. 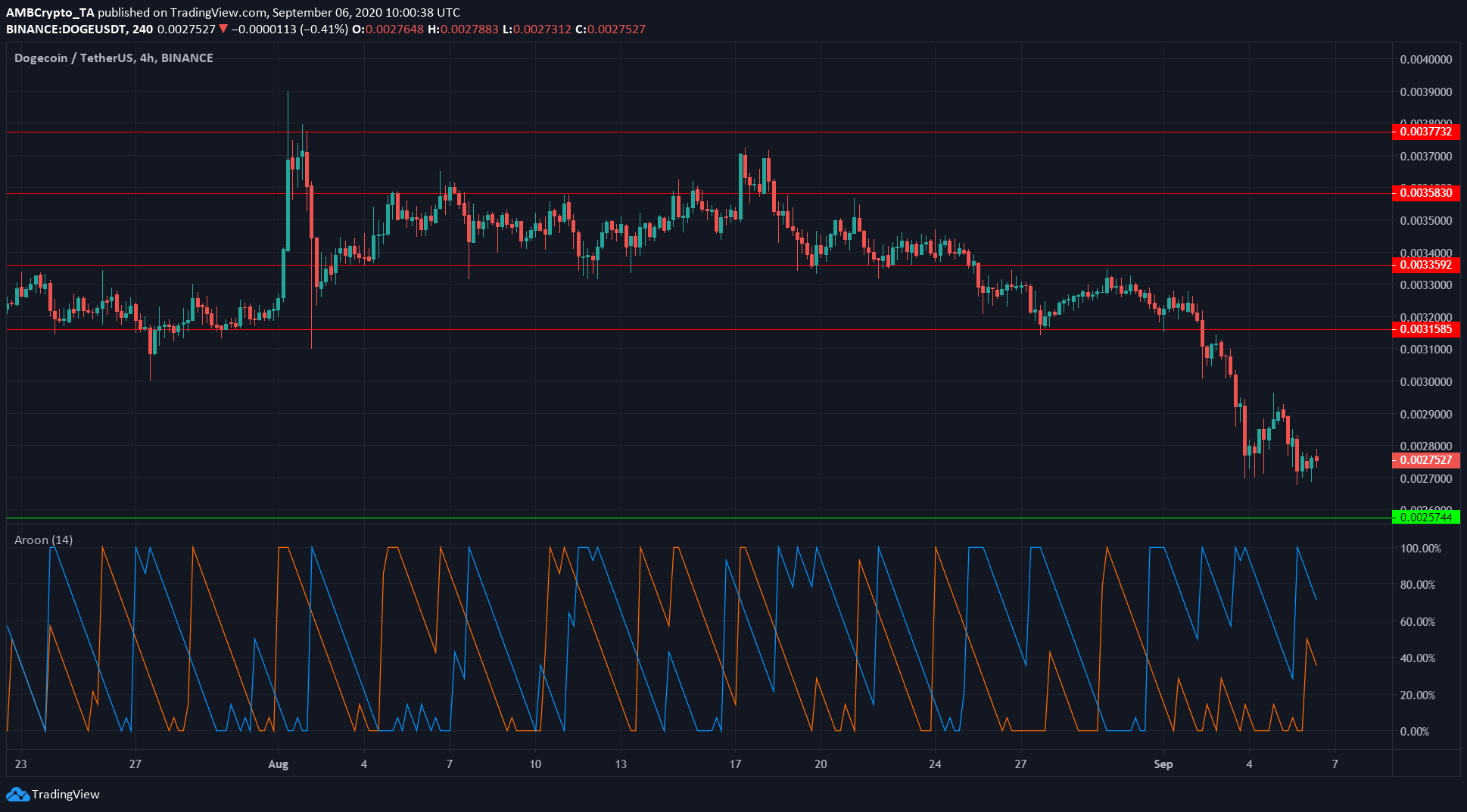 Dogecoin held rank 44 on CoinMarketCap, with a marketcap of $347 million. It had a 24h trading volume of $62 million on 5 September, which was around the average daily trading volume for the past couple weeks.

Support at $9.6 still held intact, while upside levels at $12.5, $14 and $15.5 are bound to be significant. At press time, LINK was trading at $11.68, in a region VPVR showed did not have much trading activity. Hence, price might not remain in this region for long and can expect to test resistance or support in the coming sessions.

In other news, Chainlink was attacked on Sunday by a spammer who targeted select nodes.

Reddit partners with Ethereum Foundation to boost scaling and resources

Blockchain learning made easy via Ivan on Tech Academy

What to expect from Reddit’s partnership with the Ethereum Foundation?