Despite the fact that Bitcoin has been sending its valuation for a toss over the past few days, long-time hodlers in the market have continued to remain unstirred. In fact, many reports have circulated over the last few weeks, with some suggesting that more than 60% of the total BTC in supply hasn’t moved in a year. Further, Glassnode recently observed that 44% of the same hadn’t been moved in 3 years. 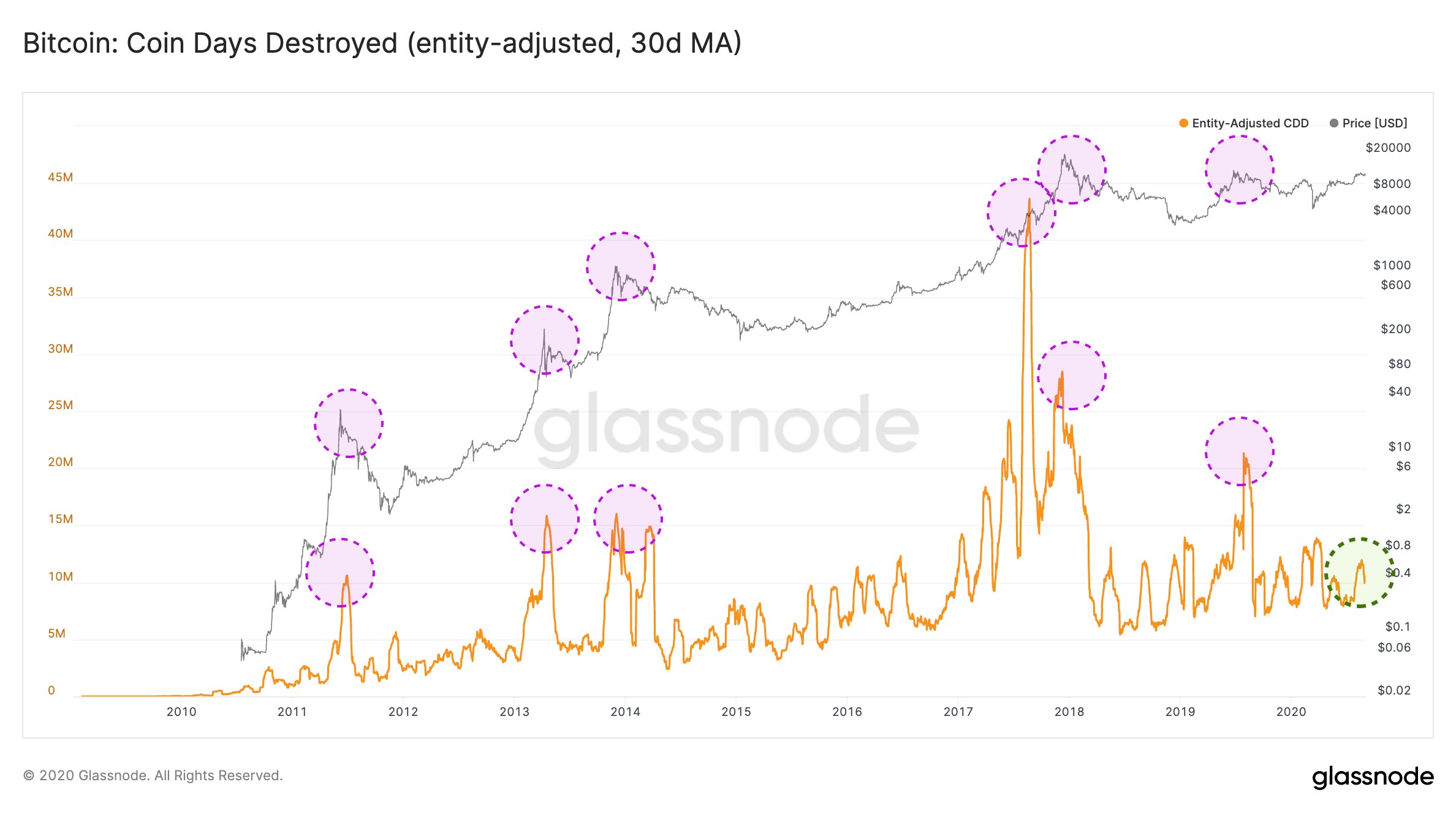 Now, according to data, the charts for the metric ‘Bitcoin: Coin Days Destroyed’ have registered a recent low, a finding suggestive of the fact that long-term investors are not looking to exit the trade at all. The metric in question, Coin Days Destroyed, highlights movements of large & old stacks of Bitcoin. In fact, the CDD was half, when compared to where it was last year in June 2019.

For weeks, such a sentiment has been considered bullish for Bitcoin. However, it might actually be restricting the crypto-asset’s ability to undergo a major price transition on the charts.

Blockchain security and analysis firm Chainalysis has done quite a few surveys on Bitcoin hodlers over the past few months, with the firm recently confirming that over the past year, out of 21 million BTC, only 3.5 million were under active circulation.

This is a striking statistic and people have been sidelining it by arguing that a similar sentiment was seen during 2016, right before the 2017 bull run. However, what people have failed to understand is that the circulating supply has increased since then, and possibly more Bitcoins were under active circulation in terms of volume back in 2016.

Also, people did not expect a bullish rally to take place the following year (in 2017), while at the moment, the primary motivation to hold Bitcoin is to wait it out until a price explosion takes place. Yes, taking Bitcoin more seriously as a credible investment asset is a positive, but restricting organic circulation is possibly reducing its bull rally chances.

On the contrary, it is justified to state that a limited amount of Bitcoin circulating in the ecosystem would create more demand for the crypto-asset, but that doesn’t necessarily create a situation where it propels its price.

Lack of Bitcoin circulation is also cutting out the volatility factor from the industry, and previous reports have suggested that Realized Volatility is touching a yearly-low for Bitcoin.

Right now, there is no confirmation of the fact that Bitcoin will reciprocate the bullish rally of 2017 based on hodling activity. There isn’t an argument to state otherwise either, but at the moment, hodlers are possibly trying to force the bull-run, rather than naturally manifesting the ideal conditions for it.