Debate raged on social media whether the strong rise of Ethereum’s price was organic demand for ETH, or whether it was all propped up by the DeFi explosion. However, a green Ethereum usually spells green for the altcoin market as well. Dash and Dogecoin seemed not to have received the memo, as they struggled to gain any traction upward. Litecoin broke out of a short-term downtrend and eyed upside resistance as a target after a recent surge. 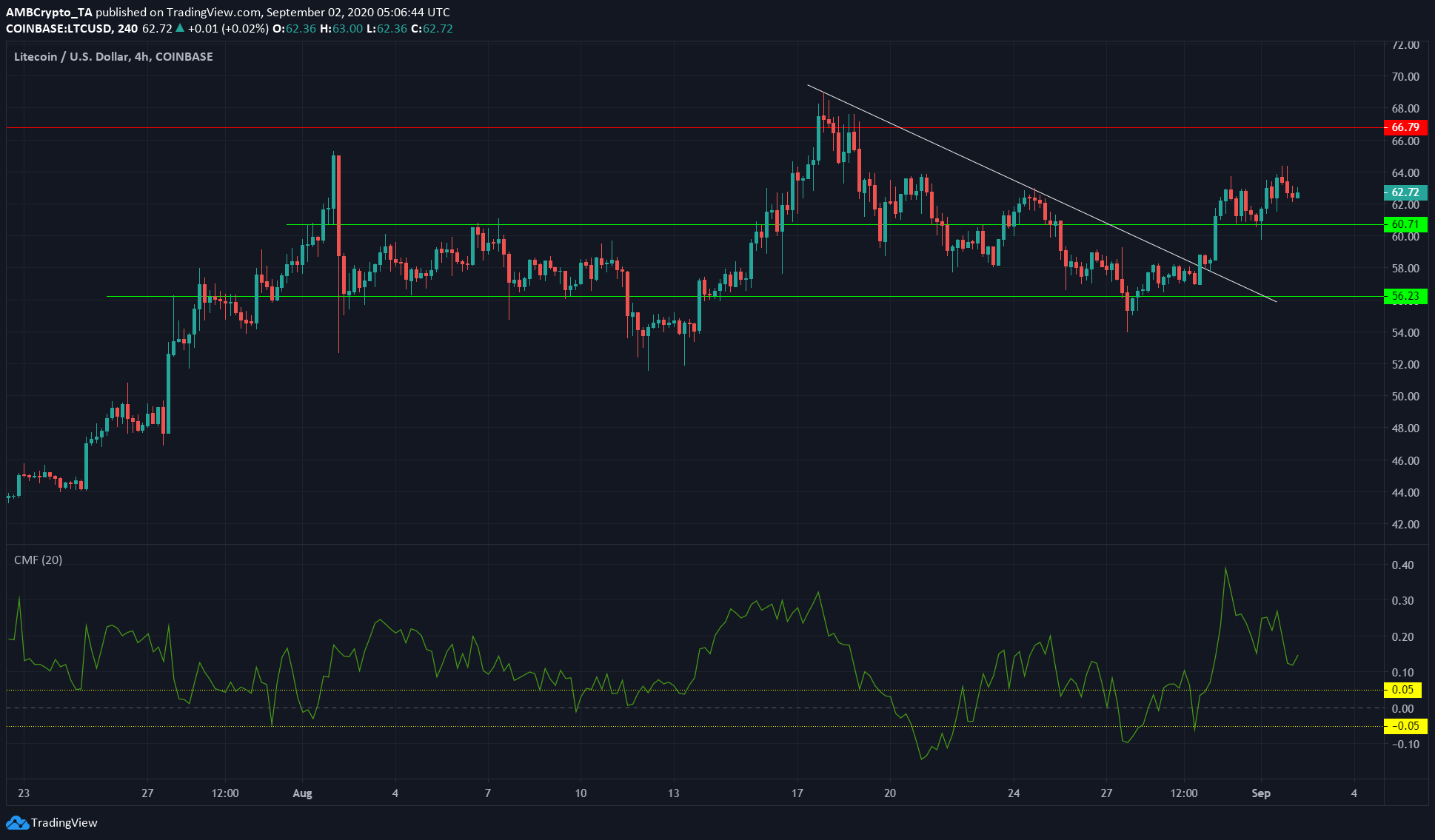 Litecoin was trading above support $60, at $62.7. Chaikin Money Flow showed buyer interest still prevailed in the market, indicating further upside is possible for LTC in the short-term. However, the indicator also showed the buyer interest waning over the past few sessions.

If support at $60 zone is broken, the next level of support lies at $56. Resistance to the upside lies at $66.

Litecoin was recently in the news when Revolut added Litecoin for crypto customers in US markets. 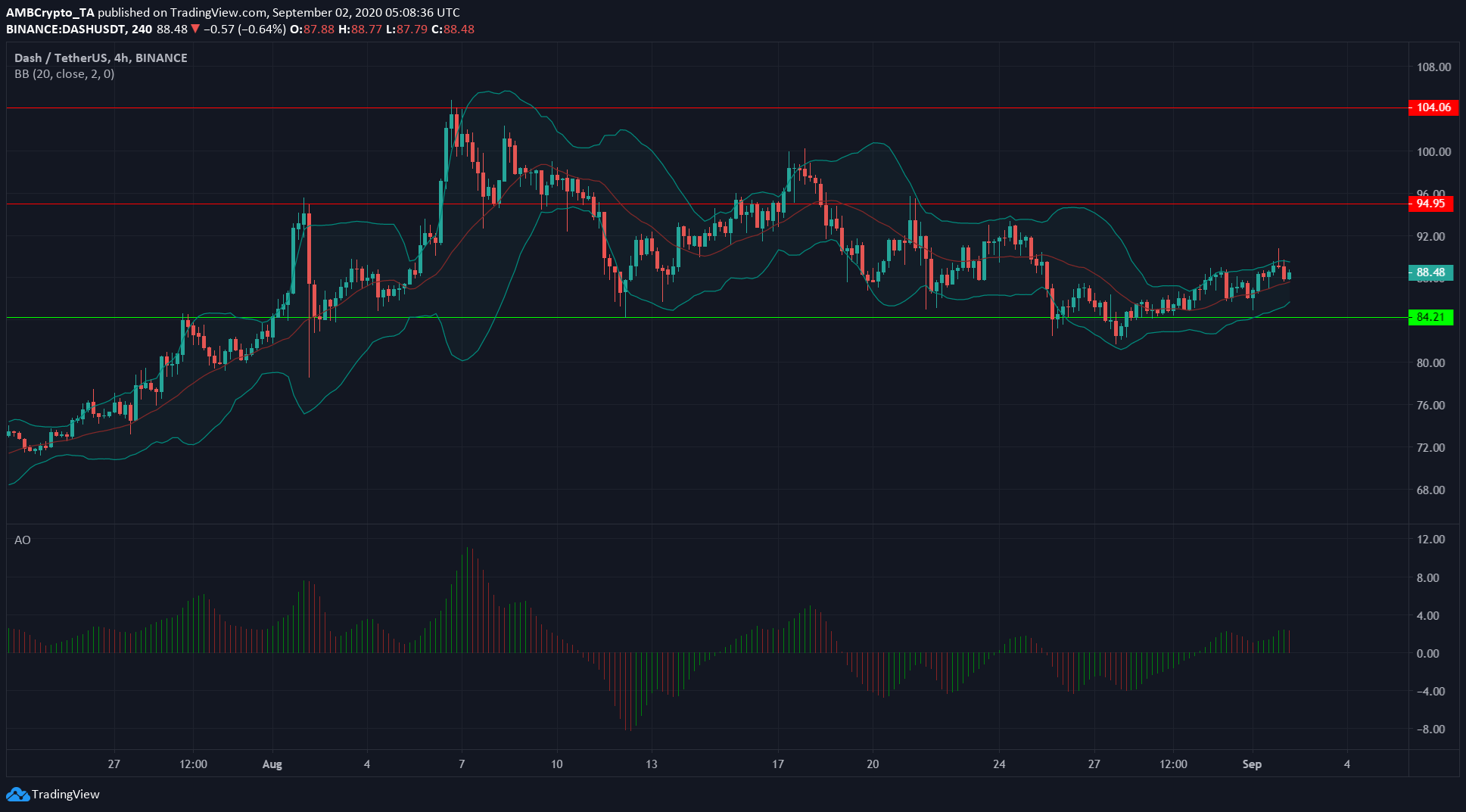 DASH did not exhibit significant volatility. Bollinger bands remained quite close to one another, indicating DSAH volatility was reduced. Awesome Oscillator also reflected the subdued DASH markets, showing a lack of momentum.

A price moves upward or down, with an expanding mouth of Bollinger bands along with above-average trading volume, which can set the tone for DASH in the coming few days.

Dogecoin continued its slow downward trend in the market. It did not exhibit any strong selling pressure, however. At the time of writing, it is possible that DOGE bounces between support and resistance at $0.0031 and $0.00335, respectively.

RSI showed a value of 45 and consistently proved unable to break past the neutral 50 line. This indicated bearishness, or at best neutrality so long as the support level is not lost by DOGE.

DAI’s growth is crucial to DeFi, here’s why

What should traders know about the current Bitcoin pullback?