Ethereum noted a substantial spike in its value on 1 September as the crypto market rallied. The value of the second-largest cryptocurrency increased from $429.66 to $473.53, reporting a peak last seen two years ago as the price was retracing from the bull run. As the price of the digital asset experienced a boost, its implied volatility also noted a boost of 15 points, as indicated by skew. 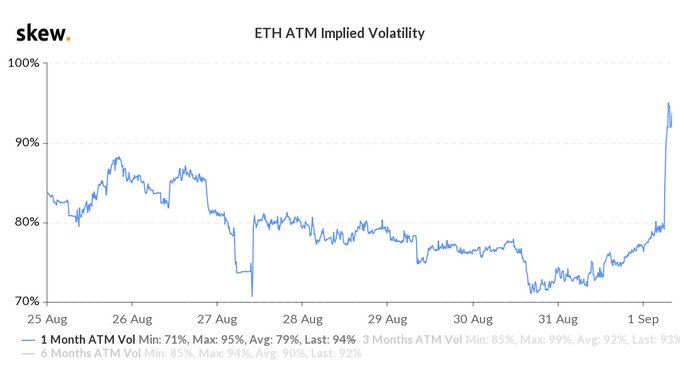 The increasing IV highlighted the market’s perspective of an upcoming price swing in either direction.

However, the increasing price has also resulted in the median price of the Ethereum gas to hit an all-time high of 485 Gwei. 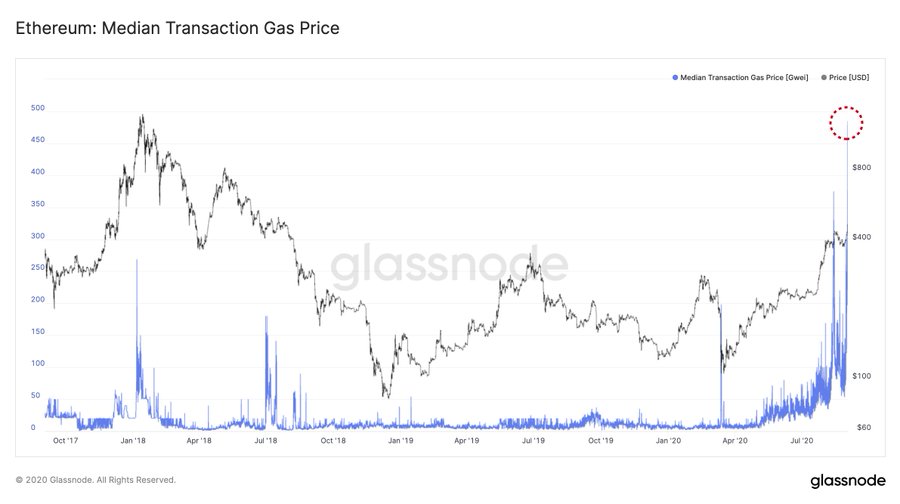 Recently, the gas price had witnessed a drop of almost 80% on 22 August, however, the gas price still remained unaffordable for many traders. Now that the gas cost seemed to have reached a new high, the viability of the Ethereum network may take a hit. While miners on the flop side were also reporting great revenue. According to Glassnode, the miners reported the highest ever transaction fees in a single hour of $500,000. This was excluding the anomalous transactions that took place earlier this year. 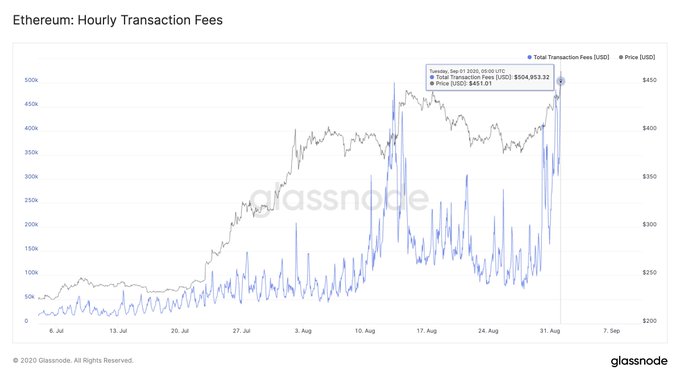 To put the transaction fees in perspective, the miners earned a total of $113 million from fees in August alone. This was a 38x increase than what they had earned in April. The last ATH was marked in January 2018, but today the transaction fees were 1.8x that observed in 2018. 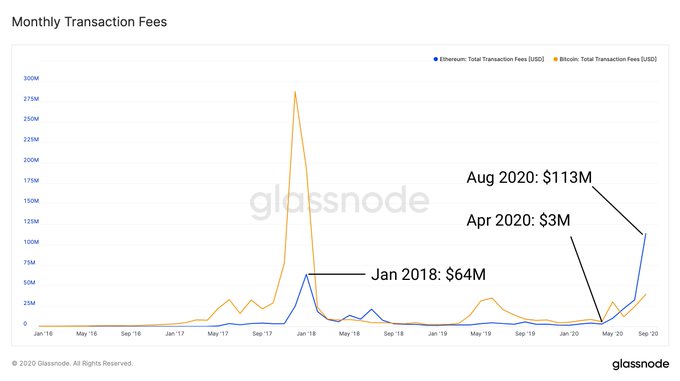 Interestingly Ethereum miners were in profit, compared to the Bitcoin miners who earned $39 million in August, which was almost 3x less than what Ethereum miners made.  Similarly, the blockchain growth rate of the two assets has also noted a vast gap.

On one hand, as Bitcoin’s blockchain growth rate was currently at an ATH of 186MB per day, Ethereum’s had skyrocketed to 260MB per day in the past few months. Even though scalability was still a prevalent issue with the Ethereum blockchain, ETH 2.0 may bring about required changes in this cohort. However, as of 1 September, the price of Ethereum has increased, along with transaction fees and gas prices, which has put Ethereum at a tough spot making it less feasible for users.

The post Ethereum’ Miners and traders have a different story to tell appeared first on AMBCrypto.